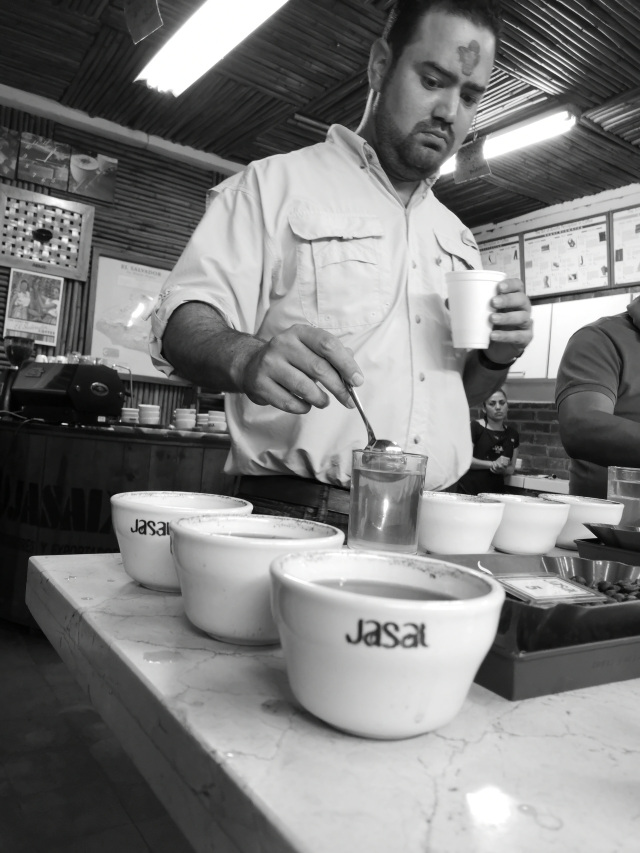 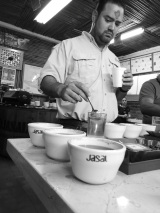 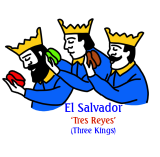 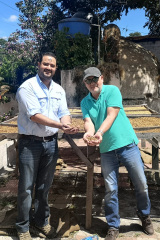 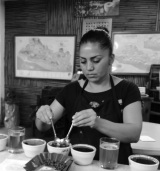 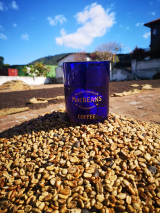 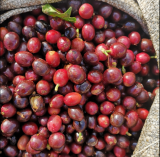 Following an origin trip to the JASAL mill in March 2019, this coffee is exclusive to MacBeans.

The coffee is of the Bourbon varietal, which has been processed in the different ways; 35% Honey processed, 35% Pulped Natural and 30% Washed.

All the coffee comes from the same farm ‘Finca San Fransisco’ it is then processed at the mill ‘Beneficio Los Cruces’ where rumour has it Che Guevera once hid!

JASAL is a family business that has been growing coffee in El Salvador for over 100 years, they are now ran by Andreas Salaverria, who is seeing the business into it’s fifth generation of ownership.

The MacBeans Experience in El Salvador

It was early on the second morning of my trip to El Salvador when Andres arrived to pick our group up from the hotel in San Salvador where we had spent the night. Blearily eyed, and still jet lagged, from my 36 hour journey, I jumped into his rather cool looking Toyota FJ Cruiser’, for the one hour drive to the centralised processing mill for JASAL, the ‘Beneficio Los Cruces’, near the town of Santa Ana. As it was Ash Wednesday, Andres was sporting the smudged sign of the cross on his forehead. Catholicism is still commonly practiced in El Salvador and initially some of us thought it was a tattoo that had gone wrong, it was only when he appeared without it the following day that we realised its significance.

On arrival at the mill we were taken into the 100 year old farmhouse that forms the central part of the mill, and this is where we would be staying the night. Researchers claim Che Guevara, the Cuban revolutionary, hid there on his 1953 journey through Latin America . Whether I slept in the same room as Che, still remains a mystery!

We all settled into our rooms and then met in the main part of the farmhouse where Andres had some freshly brewed coffee waiting. It was delicious, and just what I needed! I asked Andres what varietal we were drinking, “Oh, it’s just an experimental blend of three of the coffees that we will cup later”, was his reply. Before the extensive cupping session started we were given a quick tour of the mill, which processes coffee from the several farms the company own or woks with.

First stop was the ‘Bodeda de Sacos’ (Sack Room), and inside we met Oliverio, the resident bag marking artist. After introducing ourselves Oliverio exclaimed, “Ah, MacBeans!”, before pulling out a sheet of metal on which he had hand cut out our logo. I was stunned, I’d totally forgotten that a couple of years previously, we had received a shipment of three different preparations of coffee from JASAL which, as part of the deal, we were promised individually marked bags.

Straight away I thought that I would need to buy some coffee from Andres...and so the seed was sown!

Throughout a massive four-hour cupping session we tasted nearly every batch of coffee processed that year. We also met the head-cupper Raul, who has worked at JASAL for 28 years. I had a moment to ask Andres again, just what was in the coffee he gave us that morning? The coffee was a blend of three different processes, comprising of 35% Honey processed coffee, 35% Pulped Natural and 30% Washed. All of the coffee came from the same farm, ‘San Fransisco’, situated near the town of Juayua.

When I went to bed that night, the copious volumes of coffee in my bloodstream mixed with adjusting to the time difference was keeping me from falling asleep, and my mind was racing. Then, at about 3am, a thought came into my head, ‘What if I could get Andres and Raul to mix up another batch of this coffee we had tried earlier that had been made with three different processes of bean, which MacBeans could use for our Christmas offering?’

I decided on the name ‘Tres Reyes’ which is the Spanish name for the ‘Three Wise Men’. On returning home I asked MacBeans head roaster, Stuart Allan, AKA local artist ‘STALLAN’, to design an image which we could email to Oliverio, who then could create stencil of our ‘Three Kings’ to be placed on the bags with our logo.

This was a big ask, and one which JASAL were happy to help with, so to them we say a huge thank you. Now this totally unique coffee is available for you all to appreciate this Christmas... We hope you enjoy it as much as we have all done in bringing it to you.

Learn more about JASAL at www.jasalcafe.com