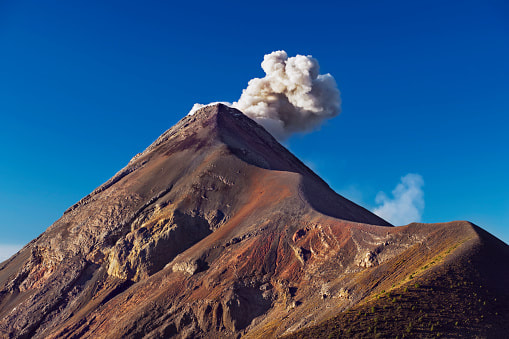 Further Information: Atitlan is both the name of a lake and a volcano, situated in the Sololá department of Guatemala. The lake itself is endorheic, meaning it does not drain in to the ocean or sea, and is overlooked by three volcanoes, Atitlan (with a peak of 3535 metres above sea level) and Tolimán (3158masl) to the south and San Pedro (3020masl) to the west, the slopes of which provide the vast majority of this coffee. Headquarters for the cooperative are in Santiago Atitlan, on the banks of the lake. Although the full range of the cooperative covers altitudes of 1350-2000masl, the majority is grown around 1700masl.

They produce their own compost using Californian Red Worms, and have been trialling experimental varietals from Brazil since 2014, with the first of these making it to fields in 2017. There is a roastery and cupping room on site, currently run by Diego Mendoza, 2nd place Guatemalan Barista Champion 2022.

Cherries here are processed with purpose. A sweetness and red fruit flavour is desired so a 12 hour maceration step is undertaken before pulping, and a 36 hour wet fermentation follows. Fermentation tanks are covered to protect from weather and better control the environment to give consistency in temperature during fermentation.

Initial drying is for 5 hours on a patio before being moved to plastic sheets and a larger location for the next 10-15 days.